Our biggest takeaway since last week’s update is that the Origami Family might just be the best, most supportive, and genuinely kind group of people on the internet. Every day, our Community Artisans log in to social media and see an outpouring of love and we are beyond grateful for it.

Over and over again, you have shown us what it means to be awesome! Let’s be sure to share that positive energy with one another.

As it stands, not much has changed since last week - we are still facing the same delays with receiving the materials we need to ship Origamis. While the issue is facing companies and consumers globally, we are seeing some of these delays even on a local level.
Things that have been produced in the U.S. are waiting for space on planes, trains, and trucks to get them where they need to go, just as cargo boxes are stuck on boats in ports around the world.
While we may have an initial supply, we are concerned about continuing to get enough stock on time to not delay a full production schedule.
As this supply chain issue continues to permeate industries like ours, know that we are working hard to find solutions.
Watch this video update from the team for more information:

Our manufacturing team in Kansas has continued to produce and build parts of the Origami Paddler while we wait. We are dedicated to getting your Origamis out to you just as soon as we can but we won’t cut corners to do so. Our goal is to ensure that you can enjoy the easy, awesome, freedom of the Origami Paddler for years to come!

Just a reminder - Shipping prices are based on the actual cost to ship. In the spirit of transparency and honesty, Origami Paddler refuses to hide the cost of shipping in the price of the Paddler, like many other companies. Our team has been connecting with shipping carriers, fulfillment companies, and many others to keep the cost as fair as possible.

Surveys! All of our Kickstarter Backers have received their surveys! This is HUGE forward progress. We’re really excited to have reached this milestone. Pre-order customers have not yet received surveys and likely won’t until after we start shipping to Kickstarter Backers.

From the very beginning... Our founders, Tim and Paul, have had a clear vision for Origami Paddler: to help people find inner peace and freedom. Putting a billion butts in boats is a fun way to say that our mission is to make an impact! In our dreams, the Origami Paddler helps people reconnect with themselves, build relationships with others, and take care of Mother Earth.

Tim Niemier is our resident mad scientist, inventor extraordinaire, and CEO of Origami Paddler. He is credited with introducing the first sit-on-top (SOT) kayak design and founded Ocean Kayak in January of 1988. Ocean Kayak flourished for almost a decade under Tim’s leadership until it was purchased in 1997.

Over the years, he has learned about watercraft design and dynamics by spending time out on the water. He has been designing and producing kayaks using fiberglass modeling since 1971! 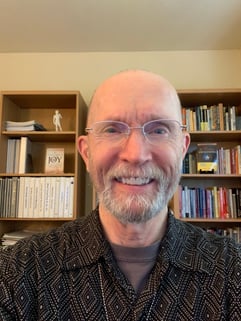 Paul Hoyt is the ultimate Excel master, personal development guru, and CFO of Origami Paddler. For almost 20 years, he has been a business consultant and coach, passionate about helping business owners and senior executives develop and execute growth strategies - and my, oh my! - what growth we’ve had at Origami Paddler in just one year!

Paul is the author of six books, covering topics of business but also inspirational works geared toward personal development and wellbeing. He is the creator of the Mind Sequencing System (https://mindseq.com/), and has been on a journey of personal development for over 50 years.

Paul is always practicing that which brings him a profound sense of wellbeing and is passionate about sharing that inner peace with others!